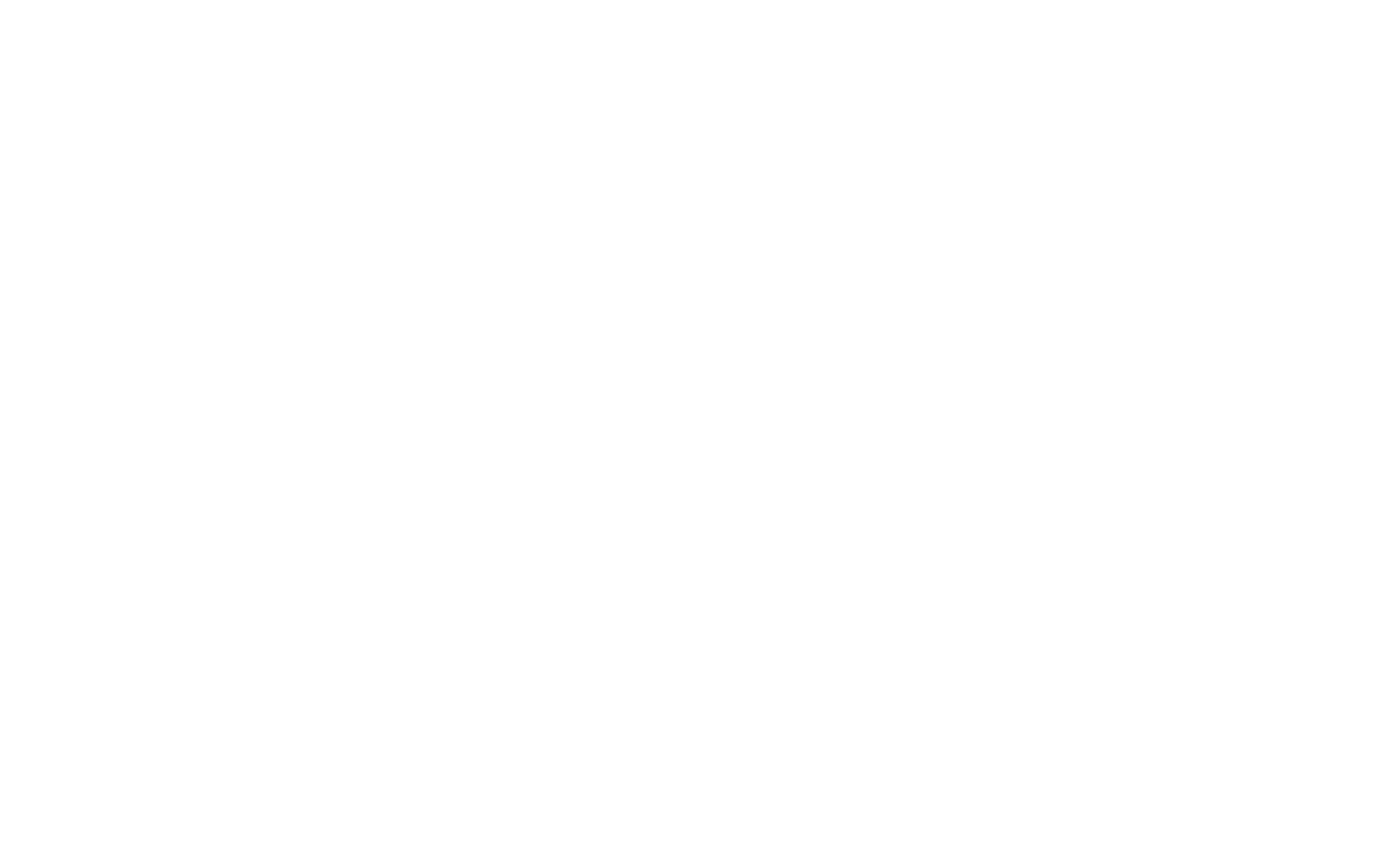 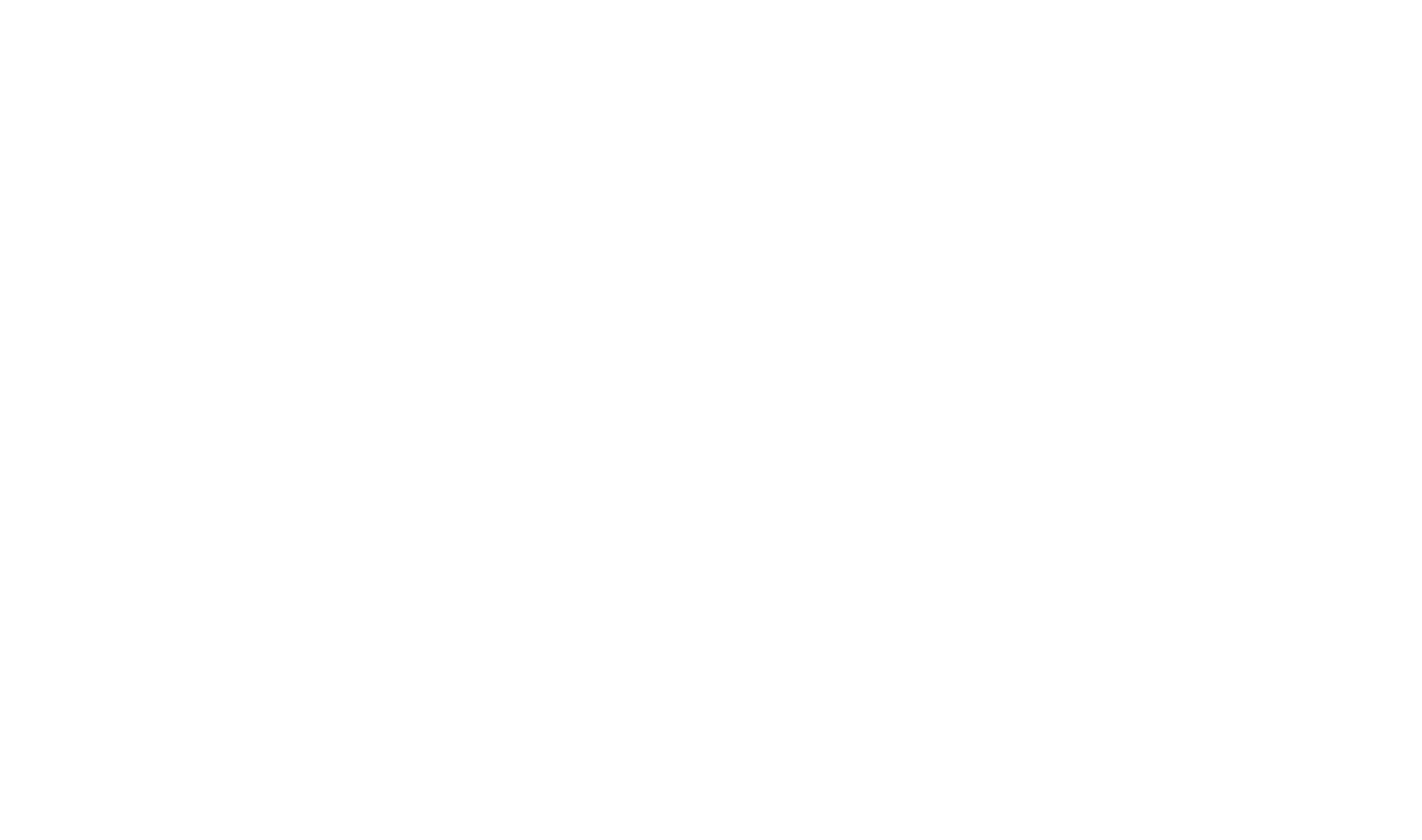 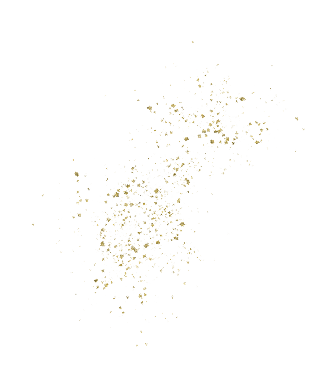 In the wildest of environments!

Discover the dorado while wading into pristine rivers and
lose yourself in the breathtaking surroundings.

This mountain system of Bolivia is the only place in the world where the Amazonian basin Dorado lives. That population of fish moved from the Parana River basin to the Amazonian one before the glacial era through a rare geological phenomenon, and kept stocked in the headwaters of those Bolivian Rivers. No civilization has influenced these Dorados for eons. We still don’t know if they became new specie, but one thing is sure: they are the wildest version of the wildest fish on the planet. The wildernesses of the fish and the environment where they live are the

main reasons that make Tsimane the best Dorado fishery ever. Small crystal clear mountain rivers stocked with surprisingly big fish. Tsimane’s waters allow us to fish wading, sight casting, and using fine fly-fishing techniques, something pretty unusual in the jungle environment. Plus, the interaction with the native’s culture and the beautiful landscape create a whole experience that will surely become one of your lifetime unforgettable journeys. 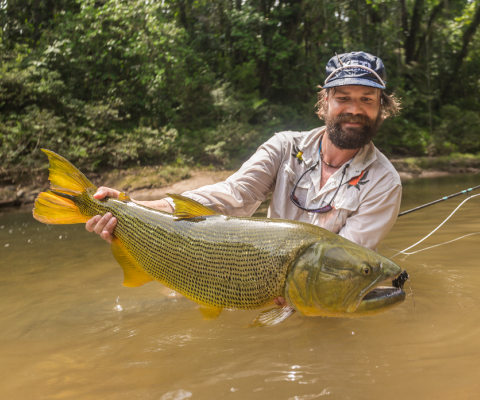 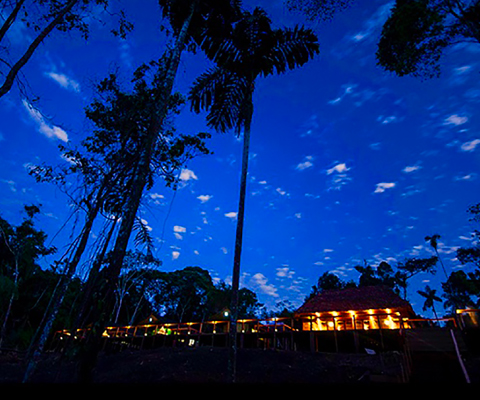 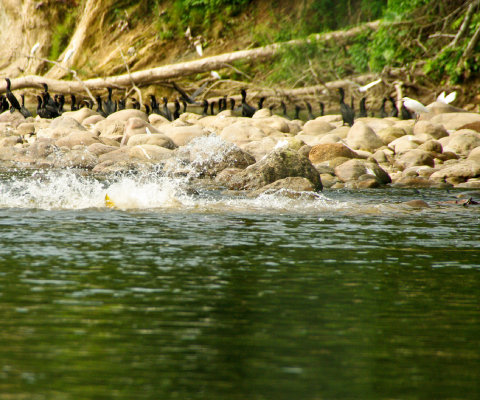 It ‘s probably the most emblematic example of our goals: a unique fishery, a pristine environment, and deep indigenous culture involved.

Even when Tsimane is an isolated remote location, we provide a first class service, creating a fantastic contrast with the wilderness around. 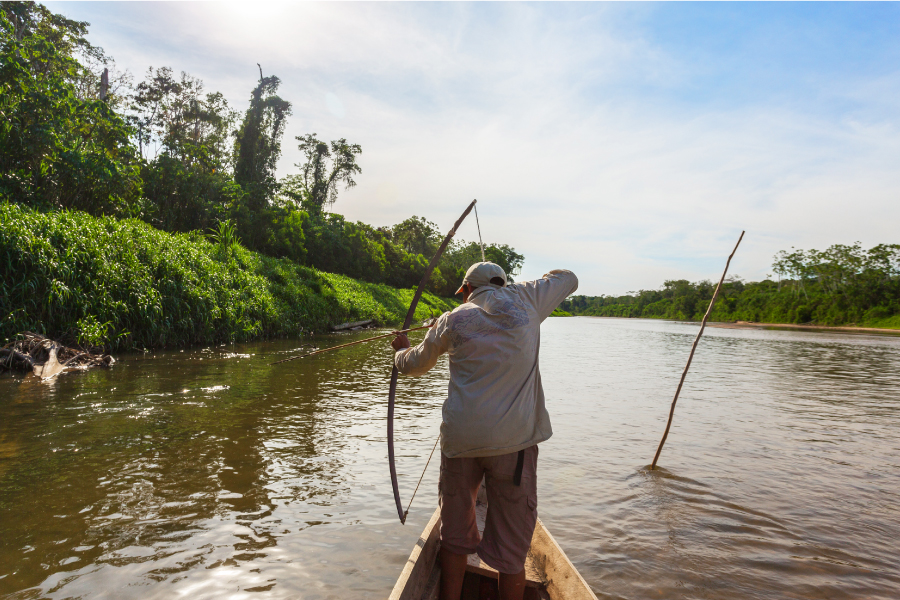 Tsimane is the very first joint venture between a private company and indigenous tribes in the world of sport fishing, and it’s also the tourism project that provides more economical benefits to native communities in Latin America.

Despite the economical benefits, the Tsimane natives participate actively in the operation, mostly as guides, sharing with our guests their ancestral knowledge. This way they re value their skills and feel really proud to be partners of Tsimane, creating a strong tool to protect their culture. 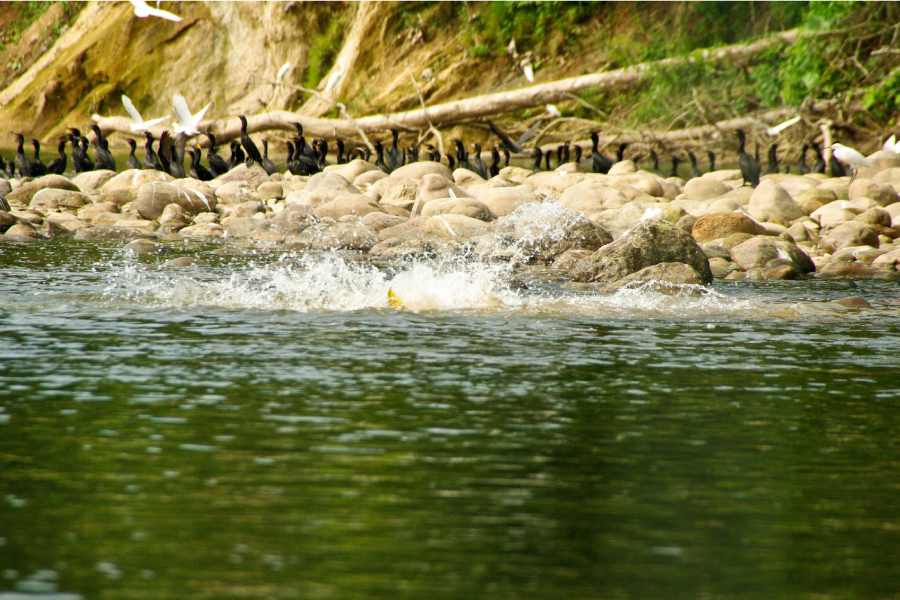 We also promote and practice sustainable actions through the use of renewable energy, proper waste treatment, recycling, and minimal environmental impact to reduce our footprint.

Tsimane cooperates with the SERNAP (Servicio Nacional de Areas Protegidas) and the Environmental Vice Ministry of Bolivia in developing research programs and collection of biological data of Amazonian Dorado to further understand the fishery and ecosystems behaviour. The data is processed by biologist of “Coleccion Boliviana de Fauna” institute, and provided to the authorities in environmental reports we present each 6-month. So that we sécure will be used to ensure that our waters, the surrounding ecosystem and indigenous people will maintain their vitality and be protected for generations. 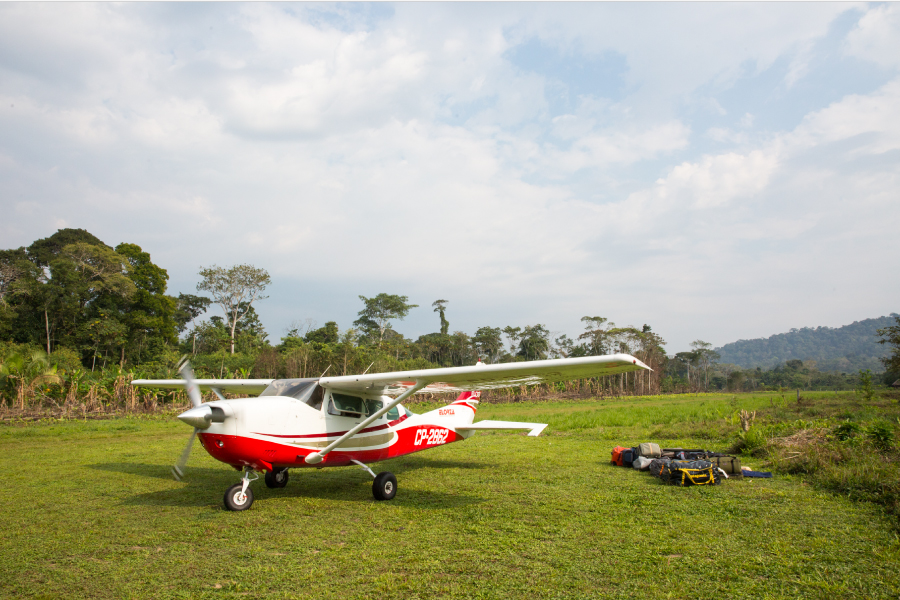 We work very closely and cooperatively with the government authorities and local native representatives in securing and maintaining the proper permits and licenses. This guarantees our exclusive use and control of our world-class fishery ensuring a sustainable and non-consumptive use of the resource. 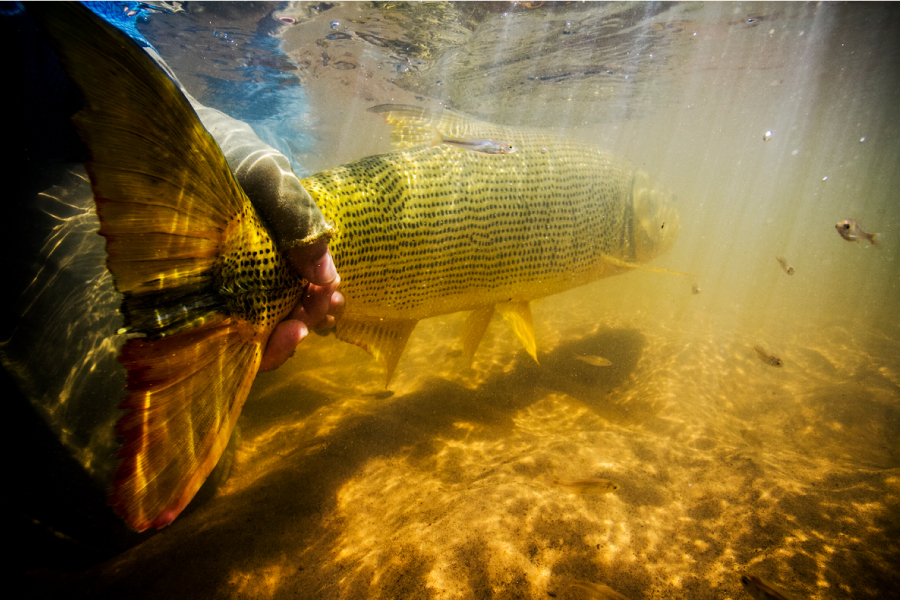 Tsimane is a unique and exclusive environment, which provides our guests the best fishing experience in its class.

We share the same respect as our native partners that Dorado is sacred and a vital component to the health of Tsimane environment and ecosystem. We practice fly fishing and strict catch and release, with single barbless hooks.

Ultimately, those four commitments makes Tsimane one of the most amazing fishing experiences on earth.

After 515 years of contact with European settlers, the Tsimane people are still nomads, hunters, and fishermen, living near the banks of the Amazon. Their mythology remains as well nowadays.

Dorado is considered a powerful and sacral hunting partner because of the way it chases for sabalo into shallow water; Dorado push the sabalo to the banks and help the tribal hunters to hunt for the sabalo with bows and arrows. 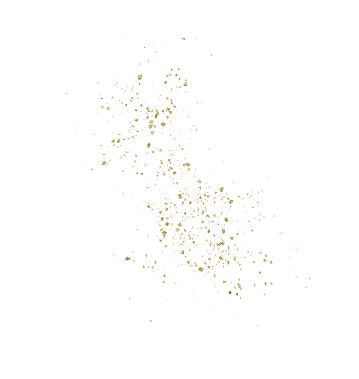 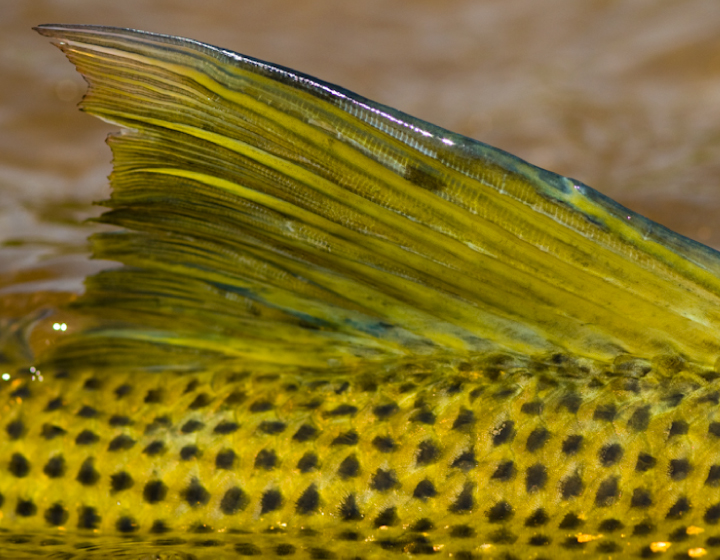 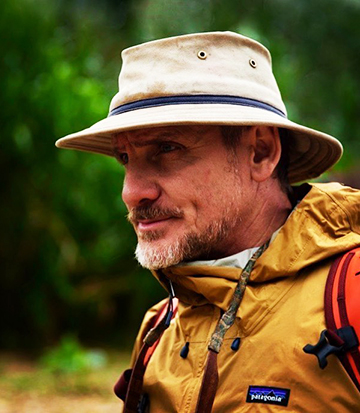 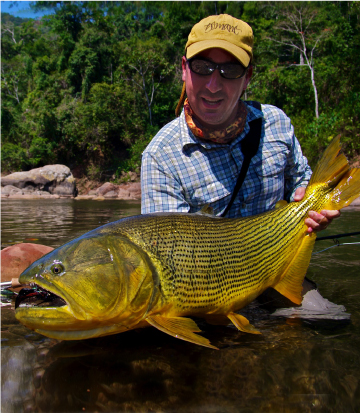 Argentinean architect, trained as an angler on the Argentinean Paraná watershed from an early age, he is devoted to Dorado, traveling and exploring throughout South America new jungle environments on the search of this fish.

He is the CEO and Founder of Untamed Angling, creator of the concept and the project model of the company.

He wrote about fly-fishing for Dorado in magazines in Argentina and Spain for many years until he founded Untamed Angling.

Then he developed and designed fly fishing projects that are of international recognition such as La Zona, Far end Rivers, Desroches Island, Tsimane, and more recently with the input of his friend and business partner Rodrigo Moreira Salles, new venues like Kooi Noom (Patagonia), Marié, Kendjam, and Pirarucú (in the Brazilian Amazon).

Brazilian, Civil Engineer, trained as an angler in Brazil, where he grew up and lived for many years near the headwaters of the Paraná river.

There he learned with his grandfather how to fish for Dorado. He has lived many experiences while fishing in the jungles of Brazil, particularly in the Pantanal and remote tropical jungles of the Amazon.

He also made explorations by various rivers of South America on the search of his favorite fish: the Dorado.

He has written for major magazines in Brazil about fly fishing in the jungle, in a time when the modality was still unknown in his country.

He is a partner and Sales Director of Untamed Angling and he worked on the marketing of the company destinations since the beginnings, inserting Untamed Angling on the most demanding markets in the world. He has also collaborates in all the projects and nowadays he is developing Untamed new destinations in Brazil (Marié, Kendjam, and Pirarucú).